Fred took up beekeeping in 2000 and obtained his first nucleus that year. As his interest in beekeeping increased, so did his number of colonies until by 2008 the time involved in effectively managing them using conventional beekeeping techniques was so great that he had either to give up beekeeping or find alternative approaches.
Over the next few years he reduced the number of colonies and visited beekeepers in several other countries and began to experiment with a number of different approaches.
In 2016 a number of beekeepers who wished to practice more bee-friendly methods of keeping bees founded Lune Valley Community Beekeepers and Fred became its chairman. The Group has grown steadily ever since, mainly with members new to beekeeping whose interest lies mainly in environmental matters rather than honey production. Lune Valley Beekeepers maintains contacts with similar groups in Northern Europe and Russia.

BIBBA members will receive a link to register a place on Zoom. The general public can view live on the BIBBA YouTube channel. 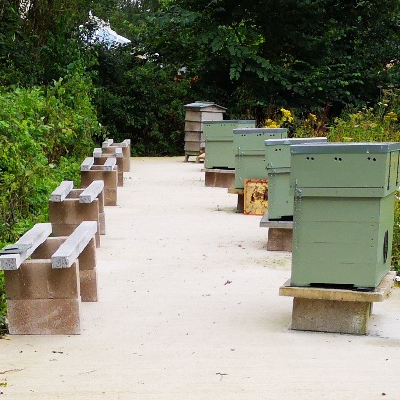